It's the dawning of a new thread!

The last thread's been dead for too long. Let us revive this hallowed institution and renew our vigour for the craft. November is coming, so there's NaNoWriMo as well; check out the new NaNoWriMo challenge on /gensokyo/ if you weren't aware, by the way. To kick things off, let's offer up our own tidbits of advice about writing quickly.

My own advice: Ideas are dime-a-dozen until you get them down on paper. If there's something that tickles your fancy that someone else is done, shamelessly take it for your own. That's half the work done for you. The rest is taking it and moulding it into something that's definitely yours. If you have a framework already set up going in, you won't have as much trouble pumping out updates. Motivation, however...

The short of the long, it's how well defined the rules for your magic is. Both have their advantages and disadvantages, but in a setting like Touhou, I feel it's definitely worth it to give these a watch.

Thanks. That actually was pretty helpful, as I'm writing a story involving learning magic.

(Not using my trip... not even kidding)

"Alright, I've got a lot of problems with you people... and now you're going to hear about them!"

Alright, let's start up the open responses... What's disappointed you on this imageboard during the events of 2017?

Well done sir. The urge to craft a scathing response involving the lack of Age of Consent laws in Gensokyo is, indeed, very close to consuming my soul. I tip my silly hat to you.

It's an endless recursion of arguments.


Acktualy, I would counter any morality based argument by saying the laws governing Age of Consent is basically the subjectuve aggregate of the community's opinion on the morality of the subject, which is why they vary wildly. Thus there's no moral, legal, or logical ground to stand on for opposing the MC/Rumia OTP. 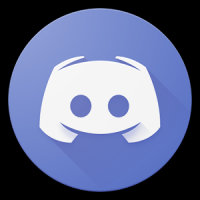 For those who don't know, Discord is a chatting app you can run from any device or just in your browser. It shares some similarities with IRC, but has quite a few features that at least for me, makes it my preferred way of live chatting in groups.

The point of this server is to provide a place to discuss stories, writing, and THP in general, among other things. At the time of writing we're at 9 users just from the rage thread alone, so I decided it was time to give this thing its own thread. 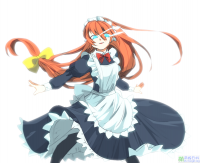 Do you know Seihou project(せいほうぷろじぇくと）?
I only know it also was made by ZUN.

As I've mentioned before, I think I've kind of lost the whole inspiration/motivation to keep writing RiG as a proper CYOA.

But at the same time, I don't really want to leave my readers completely hanging like that. And I still do like Reina as a character, I just can't find a way to get myself back into the proper mindset after so many years.

So instead, a compromise. Rather then traditional CYOA format, I'll instead do some sort of... episodic-style writings, I guess.

Basically, give me the idea of what you want in the context of RiG (so this isn't the place for like, 'what-if' or Robin things), and I'll write something based upon that.

It'd probably be best to try and keep requests such as this in some kind of chronological sense, as they may still wind up being the "canon" for Reina if she happens to show up or cameo in future things...

Just ask for clarifications or anything, or questions whatever, if I'm being dumb. I haven't written in a while, I'm a little rusty.

[x] At this point, just start a different story. 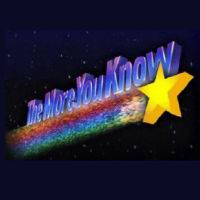 Did you know that, in these trying times of a page and a half of active TH stories, you can actually watch threads?

You see that [WT] button in the upper right corner? Click it.

You see that floppy disk sorta button next to a story's reply button on each main page? Click that, too, on a story you like. Then click it again on every other story you read, too.

With this active, whenever you have the WT list open, it will tell you how many posts have been made, saged or otherwise, since you last checked said thread. However, it only tells you about threads on the current board you're on. You won't see Underground stuff in TH

Every time I tell people that this is in fact a thing, they seem downright floored. As such, it seemed a good time to tell people this, as I've noticed time and time again as stories get buried, my own and those of others alike. As things are, stories missing their attention is a good way to end up with inactive stories. I for one would like nothing more than to see this site become active as it once was. A pipe dream perhaps, but it's the point of my throwing all these contests out there.

You could say I'm determined to see this site active again. It's been sad to see the activity dip over these past four years I've been lurking. 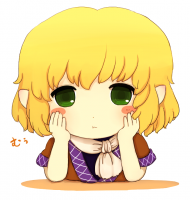 This thread is for the posting of good pictures of 2hus you come across.

Rules:
1.Not too lewd, this is a christian imageboard
2.No filthy pc98s 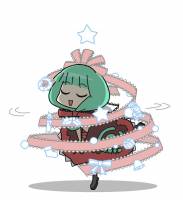 Have a good one, THP

That sounds like a Naruto quote. Speaking of Naruto, I'm kinda surprised we made it this far without a cringy crossover story.

Because people who have already written things in part would then be angrier than the minorly peeved over this issue. The fact of the matter is, it's a seasonal contest simply because Christmas is too selective for those that don't celebrate it, and strangles creativity. It's also too late in the month to do such a contest, as then it would end on the 25th. This is meant to be a baseline, where as future years are meant to be alterations to the formula.

If I changed it, it would also defeat the purpose of the contest to begin with, and that is to test the waters. One cannot learn without trial and error, and if this is in error I need to first confirm that it is as such. Others have voiced an interest in the contest. That's plenty enough reason to keep it the way it is, as spitting on their hard work will hardly be according to plan.

Furthermore, the fact that a winter contest was held some time in the past doesn't simply invalidate the idea. At the least, it happened a year ago. There are new touhous, new canon, new possibilities. Touhou isn't a static series of just one game. There was a new game announced recently, even.

Plus, if one thinks that all there is to winter is Letty pairings, they need to be more creative. I've already listed some of those possibilities. There is more to a story than waifus, after all. Hibernation for insects and a certain eyeball thing is a topic that can be broached. The harsh Winter months can be trying on one's coffers, and threadbare linens are far from suitable to keep out the cold. Winter is a thing of death, where as Autumn is dying, Summer is life and Spring is birth. If all goes well, I'll take your words into consideration in Spring, but as of right now they will simply muddle my intentions of establishing something to judge the state and opinions of the site by.

Well, I obviously can't stop you from starting contests. I would like to offer some advice though. It might be a good idea to start up a contest intrest thread or survey before making a multi-part contest plan. Involving the community in the decision making stage would help to solidify both writer and reader turnout.

I participated in the contest poll after the most recent. There was an interest, which is why I'm doing it to begin with.

The other one's on autosage, so here's to another thread full of joy~

No, sadly I do not. I do have sharp teeth, but those don't generally increase one's snuggliness rating.

Not sure why. I for one give my snuggliness a 5 star rating.

This video is joy.