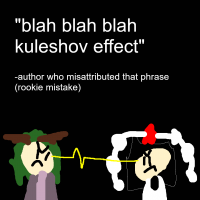 "Oh dear..." mumbled Shou. It seemed that the annoying crow had come back again.

The Myouren Temple's doors opened, and Byakuren walked out. She sighed.

"Aya, leave. I do not want to say anything more, and it is not right for me to do much more than order you off the temple grounds," said Byakuren, her face unmoving. A youkai in a white dress and blue attire turned around the corner and eyed the tengu. Even the humans and youkai dusting off the stones got a little more erratic in their movements. Aya's grin didn't waver. She just saw it as an opportunity to get more scoops.

The crow tengu marched to Kyouko, one of the people with a broom.

"Good morning." The yamabiko was not very joyous today, or at least right now.

"Morning! How's life here?" Aya's cheeriness tried to poke around for a news story. "Anything new?"

"Most newsworthy thing right now," a human interjected, "is that Aya's also acting like a yamabiko."

Both of the youkai turned to the human at that line.

"What? I was just mentioning that."

"...alright, a reporter can work with that..." said Aya. "Your nose is pretty small! It looks good on you!"

Now everyone was staring at the duo. Kyouko was now really puzzled at the tengu's train of thought; it took her some moments to realize what she was trying to pull.

"Your nose is pretty small!" replied Kyouko. "Must suck to show absolute loyalty to authority at the cost of everything else."

"Must suck to show absolute loyalty to authority at the cost of everything else." repeated Aya.

The tension was as thick as a beaver's dam, thick enough to stop a leaf from falling to the ground. Both sides were prying at each other, trying to twist the presence or absence of words into an insult or compliment.

"How's your species doing?" said Kyouko. "Probably not so well, I imagine. I feel a bit sorry for you now."

"Your species is almost extinct? I feel a bit sorry for you now."

The ears on the yamabiko's head started tingling a little.

"How's your group of friends doing?" responded Kyouko. "Do you even have any real friends?"

"Do you even have any real friends?"

A youkai in white shorts and an admiral's hat donned placed her hand on the green-haired youkai's back. A nyuudou flew overhead, and the girl in the blue attire walked up to the crow tengu. Shou and Byakuren flew upward, staring at Aya.

Aya's facial expression could be described like a kid at a festival beforehand. Now it looked more like a kid repeatedly trying to pick on someone else that didn't seem to be bother by them.