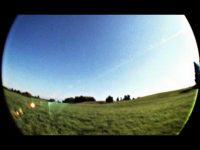 This isn't going to be a serious thing, or even a good one. It's just a way for me to blow off steam, typing up little snippets of story that take less than a day to put today. I'd say "don't expect the plot to go anywhere", but there isn't really a plot, either.

You're right. This isn't a toilet. What this is, in fact, is some sort of rural congregation that's spread as far as you can oculate. You find this particularly uneven considering you're all but certain the sign on the opposing side of the door you just came through established men's washrooms within. Still, you turn about to recheck.

It's the wrong door entirely.

The door you've got your opticals set upon is clearly that of the glissadable variety, while you're all but positive that the type you opened featured the usual sort of turner. Needless to say, this is enough to set you completely turvy. It doesn't help, either, that you came primarily to go.

...Well, problems get deproblemed one at a time, don't they? You find facilities first, and then you'll deal with the locus-pocus. You're sure somefellow's got a privy privy.

Five minutes of door-a-dooring later, you're considering it a serious probability that somefellow is actually nofellow. Either that, or the entire populace's inhospitable. You're not sure which you'd like least.

I seriously have no idea on which option to vote but I'm gonna vote anyway.

Is MC a robot?

I don't understand anything.

Still, solitariation's no excuse for pure plegia, pedal, manual, or between. Haamid couldn't heel the hillock—here, you reason you might can do him one better. You circumscribe your yap with digits and thus dermamegaphonically make:

Results: echoic phonemics, and contusion of the optimum. You rego it.

Might as well have ungone it, says a quinine-savor intracerebral sibilance. You let it be, and set up a setup to an all-too-conceivable “you're out”.

Another vocaphone to join the multitudial known! You twirl back-à-front and discover yourself tête-à-tête to a teeny-tiny. Well, mayhaps not so teeny. She can't be more than an archaifrancophonic cap shorter at the most, and she's got a anglophonic cap perched on herself to soften up the blow. Actually, the only blow's a one-two to your tête, as you're absolutively thundered to see two tufts of earage that suggest evolution went a hard bank about class Mammalia and only just caught up.

The girl-woman looks you asquint like you're an edamame pod beans missing. You can't imagine why.

“Who are you,” does the she, flexing her fingers, “and what are you doing here?”

Alright, now I’m pretty confident that the MC is an intelligent mushroom.

Sure is a weird story.

Such earage you have there!

Oh, this thing! This'll be good.

>you're absolutively thundered to see two tufts of earage that suggest evolution went a hard bank about class Mammalia and only just caught up.
This made me snicker.

Suddenly everything is clear.

This is the Mad Hatter's introduction to Gensokyo.

This is why hats.

It's only polite to introduce ourselves.