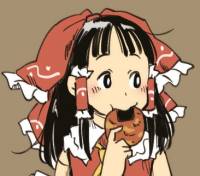 People have used titanpad for single updates and small writing competitions through the IRC for a while now, and I've been thinking that it'd be a good idea to expand on that a little bit. For those who don't know, titanpad is a site where several people can edit a text field at the same time, which makes for quite a different experience from writing in your room by yourself.

My proposal would be nothing complicated, nothing restrictive, nothing that would give our poor admin work: just set up a parallel environment in one of these cooperative writing software/sites/whatever(not necessarily titanpad) and have it open for general use by THP writers and anyone interested in collaborating, editing, proofreading, throwing out ideas or just generally being around, whenever they like. Have a thread in here linking to it and for any related discussion.


Why do this? Well, in my view, a community writing space used for updates, shorts and everything else THP related would have a few advantages:
- Turns writing into something of a social activity, perhaps motivating writers to update way more. This is the major reason, and what sparked this idea to begin with. I don't have any solid proof of this, but notice how the IRC is always active and full of writers every day, even the ones that update once a year? I know I'd be more excited to sit down and write if I had someone 'beside me' online, so to speak, and if there were a constantly visible reminder that other people are around and writing for their own stories. Besides, it's just more fun with more people.
- Quality. More people reading an update early and a faster proofreading process would make update quality better (as long as the writer doesn't get too trigger-happy on ideas and subjective opinions thrown their way.)
- Reader participation. Exposing readers to the process by linking the page on story threads could get them more involved, more interested, perhaps even prompt some people who otherwise might not have tried their hand at writing to have a go at it.

The only con I can see is that some writers might not want their updates seen ahead of time or their writing process seen, even if not every reader would use it. What do you guys think? Any ideas? Issues? Suggestions? Nay or Yay?

Anonymous  2016/05/22 (Sun) 13:44 No. 22361 ▼
Delete Post
Report Post
I think that getting people to hop on in the first place might be a bit tricky. Still, might be nice to have a space like that for people who are looking for more instantaneous feedback.

Don't think that it'd be something I'd do, personally. Only maybe to goof around with something different.

Anonymous  2016/05/22 (Sun) 15:44 No. 22363 ▼
Delete Post
Report Post
I foresee nothing but bad things coming from this. If anyone and everyone can edit the text at the same time, then all it would take is one douchebag to completely ruin everything.

Lets say some writefag decides to write an update for their story in this format. He gets a few pages into his update, and a few helpful individuals look on and correct spelling and grammar mistakes as he goes. But then as he's nearing the end, some jerk comes in and highlights an entire page, and then pushes the backspace button deleting the whole thing. While the writefag is trying to fix this problem, the same jerk decides to go to random places in the story and insert the word "ass" throughout the story. While that problem is getting fixed up, the jerk then decides to go find the navy seals copypasta and copy and paste it in the middle of every third sentence. Then while everyone tries to fix that problem, the jerk decides to change the font size to the smallest font possible and converts everything into bold underlined italics. Then while that problem is getting fixed, the jerk changes the font style to wingdings, rendering the entire story unreadable.

At this point, the update is now completely destroyed, and the writefag will have to start all over again. Which means that the update might never come at all, because the experience has left the writefag so frustrated and discouraged that he stops writing his story entirely.

So yeah. I don't really see this working because people on the internet are jerks.

Come on Anon, there can't possibly be people out there who would do such a thing. From my experience; open forum writing sites usually don't see that type of thing going on.

Anonymous  2016/05/22 (Sun) 16:46 No. 22366 ▼
Delete Post
Report Post
>>22363
From my understanding those sites have both revision control and show who did what. So you can undo or go back in the timeline on a whim. It may even be possible to limit edits to suggestions that the author has to click to approve. So yeah, people are dicks but technology is also magical.

This has been unofficially official for a couple of days, not to mention open knowledge amongst friends for a week or so, so here I am to make it officially offical. I won't mince words: WGen in its current incarnation is no more.

One thing I'd like to note here is that this isn't even my idea. I don't know who the OP is, but I respected their idea enough to get some implementation of it out there. You see, as a writer on THP, with all the faults that come with it, I'm committed by default to the idea of anything that could even potentially increase involvement on the site.

Unfortunately, that involvement thinned out quickly. The first couple of months provided some activity, but not much. By the time September was nearly over, no one was in the pad with any frequency. People seemed to forget that it existed more often than not. Part of that was probably poor advertisement, but I think there also just wasn't much interest overall. There were also legitimate gripes about Titanpad. Whatever the reasons, people stopped using WGen.

And let me be clear that I'm not blaming anybody. This was an experiment. Like all experiments, it was either going to be a success or a failure, and this one didn't work out the way I envisioned. That's okay. I feel like we, as a community, have learned something from it. Hopefully, in the near future, we'll have some other form of collaborate work going on. I can't wait to see how it shapes up, honestly.

In closing, I'd like to thank each and every person who involved themselves in this experiment in one form or another. You were a big help, whether you think so or not. I love this community, for better or worse, and people like you give me hope that we can lean toward the former. Thank you all very much.

I've put together an archive of everything (save some exceptions) written in the pad. Maybe it'll be of interest, maybe it won't. It's here if you need it.