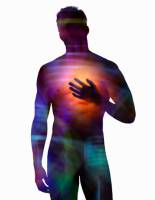 You sigh. Being an almighty being isn't all it's cracked up to be. I mean, sure, you might be able to do anything you please in your own dimension, but recently it's just been getting boring. Maybe you should go out on a trip.

'Hm... Where can I go?' You think to yourself. There are a few places where you think you might be able to go, but you can't really think of somewhere to go... except for...

"Gensokyo," you mutter, grinning. It's been ages since you went there, and that place was actually interesting! Ah, you remember going there last time, turning practically every male Youkai into a female... Maybe you'll screw around with newcomers' genders a bit. Mentally, you materialize a portal map which shows you the locations of everything in it, except not really since it's actually Gensokyo shown to you in a miniature state from those dimensions away and is simultaneously where it is and here.

Hm? What's this? There are some new places there... Oh well, you might go to one of these places (of course, you've stopped yourself from being all-knowing, since that's even more boring than being almighty. You tried it once, and never again). Thinking about it, you transmit yourself to...

[] Hakugyokurou; nothing wrong with the classics. Besides, it's been ages since you saw Yuyuko and Yukari!

[] The Hakurei Shrine; time to mess with the newest Hakurei Miko.

[] That shrine on the mountain; seems some new gods have entered Gensokyo.

[] The Scarlet Mansion. It looks like an ominous mansion with creatures of evil or something similar in it. In short, awesome.

[] Eientei; you wanna go and screw with Kaguya and friends a bit.

[] That Taoist shrine. It seems isolated, and the people in there are new to you. Well, you have a feeling there may be someone you met before there, but that doesn't matter.

Alright, so this is just something I came up with. You play as an almighty being, but the PoV will be off him a lot, on Touhous, to explore the effects that the trolling you did will have.
Anonymous  2014/06/30 (Mon) 12:29 No. 180664
>Title is yet another follower of the "A X is you" trend.
>Very flimsy premise, with no apparent quality narrative or characterization to support it.
>No introduction of the "new" Gensokyo, which should be a concerning point for the MC.
>The main character is explicitly stated to be an almighty and overpowered god from the start.
>And a jerkass god at that. No reason whatsoever to troll Gensokyo other than for the sake of it.
>Author has already started three different stories in less than two weeks.