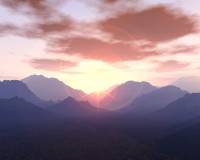 I had tried something like this on /tg/, but things didn't go as planned. I thought I'd try it here.

You’re a youkai. At least you were, before the Hakurei Barrier was smashed to pieces by a group of secret societies. Now, you’re virtually unidentifiable from the hordes of human young adults. The feral part of your mind, buried deep, deep, deep down in there somewhere is both repulsed, and simultaneously, it’s mouth is watering at all the delicious, delicious morsels. You find yourself to be more angry rather than sad at the loss of not only your abilities, but practically everything that made you, well, you. You shake your head and push those thoughts out of your head. A ping from your smartphone indicates you that you’ve received an email.

I heard you were looking for a job, so, I called in a few favors, and netted you some info on some groups you’ll like.

That little note after Yakumo Innovation's tagline is a little concerning. Suddenly, your phone takes on a life of it’s own. You’re abruptly brought into a video chat with a certain Maribel Hearn, who had been a godsend in helping you integrate with human society after the Fall.

“Hiya! So did you make your decision yet, huh? Clearly YI is the best corp, right?”

She frowns, it quickly morphs into a teasing smile.

“I’m watching out for you, and this how you treat me? Don’t you know how to handle a girls’ heart?” She asks, as she wipes away mock tears.

You remember Satori, while she’s hospitable and mildly eccentric, you can’t say too much else about her. It would be a good idea to align yourself with an unassuming power player. Besides, Satori runs a power company, what would she possibly have that someone else could want? Free electricity? Uranium? You wave such silly notions aside, and resuming mentally taking your pick. You’ll probably never hear the end of it from Maribel if you were to pick something besides Yakumo Innovations. Oh well. Her facial expression falters ever so slightly as you tell her of your choice.

You hope that you haven’t fucked yourself over.

“Auuu, I thought that note would urge you to make the right choice. Oh well, lemme send you the application sheet anyways” Shit, you feel kinda bad now. You take a look at the application Maribel sent, some of the entries seem odd, but you pass off as nothing. Danmaku? You suppose you’re decent at it, but what kind of job needs you to have experience in danmaku?

Strength:
Agility:
Skill:
Charisma:
Speech:
Anonymous  2013/01/19 (Sat) 06:28 No. 164552
Are we supposed to fill those in? Are there any guidelines or restrictions at all?
ColdlyIronic !!V0ZQAvMwEv 2013/01/19 (Sat) 16:12 No. 164558
>>164552
Yeah, fill those in. As for stats, max is 6 and min is 2, you have 25 points to distribute.
Anonymous  2013/01/19 (Sat) 16:26 No. 164559
>>164558
We probably need more background information before we can start deciding on the character. For instance:
How long ago was the barrier smashed?
Was there any indication or build-up to the event within the barrier?
How did Gensokyo and the outside world react to each other right after the barrier's dissolution?
How do they see each other now?
What limitations do we have on the kind of youkai we can decide to be (you know, to preclude the chance that the votes somehow swing towards tentacle monsters or speshul snowflake WEREKIRIN XDD, et cetera)?
What guidelines are there for spellcards (do we actually need to describe bullet patterns? Or just magical effects? Or just give a name)?

And, to be honest, stories that revolve around ability scores tend not to end too well. You oughtn't to rely on them too much, or perhaps run the numbers yourself and just ask us for "two things you're good at and one thing you're not" or something like that.

As for spellcards, bullet patterns and effects would be nice.
ColdlyIronic !!V0ZQAvMwEv 2013/01/19 (Sat) 17:41 No. 164562
Anything here: http://en.touhouwiki.net/wiki/Category:Bestiary aside from divinity, or the Yama should be fine.

While pocket dimensions similar to Gensokyo have remained out of the public eye for nearly two centuries, their existence was not completely unknown. Certain groups knew and desired what was in said dimensions, namely, magic.

Two years ago, without forewarning, they shattered the barriers sealing the aforementioned dimensions away. The groups went missing around the same time.

The youkai of Gensokyo were forced to integrate with the human population. Many of them did not take this well. Many reverted to their feral instincts, and hunted humans, both for sport, and food.

The more benign ones, however, usually went to Yukari, for help in integration. Yukari masked their abilities, as well as danmaku from the naked eye.

Racial tensions run high between the youkai and humans. It is not uncommon for corporations run by Gensokyo natives to put youkai in higher ranking positions over a human.
Anonymous  2013/01/20 (Sun) 00:52 No. 164572
How about being a bakeneko? Satori is surrounded by pets anyways and I don't think she would decline us. She loves animals and such after all. And being a Bakeneko or nekomata maybe could make us a bit special now when she already got a special crow and a kasha. Being a cat youkai could also result in good terms with Orin.

Yeah, I read up a little about nekomata and bakenekos. In mythology they are said to be able to do tings like make zombies, enter peoples dreams, eat anything despite it's size and cast ghostly flame.