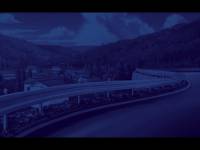 "I'd like to thank everyone that helped me to get where I am."

The amulet microphone produces some static, but it fades quickly. Again, the woman speaks.

"First of all, I'd like to thank Yukari Yakumo. She was the main organizer to most everything I did, and because of her, I was able to obtain this award. Thank you very much."

Yukari looked back at the speaker with a bewildering look that turned from shock to a small smile. It was difficult to understand what she thought about the compliment she was given, but it was obvious that initially it wasn't something she expected. After all, that usually mischevious glint in her eyes was gone completely.

A gasp emerges from the watching audience.

"Minoriko is a friend and associate of mine, and because of her, order was able to come to my life. She helped me to organize my time and to put it in motion. And she did it without pay. Thank you, Minoriko."

Minoriko isn't watching, instead hiding her own sniffles and tears as her head is bowed downwards, further protected from sight by a hug from her sister, Shizuha. Shizuha is hugging Minoriko tightly, smiling to everyone around her every chance she can, which isn't often.

"I'd also like to thank Marisa Kirisame. Your tutelage and legacy that you left behind gave me the inspiration necessary to obtain this award. I know you're no longer alive to see this, but I want to thank you from the bottom of my heart. You were a great comrade and friend."

Reimu, who had been angrily crossing her arms at the back of the room and refusing to look at the speaker, finally looked up at the mention of Marisa. Her scowl had turned into a relatively opaque look, which most everyone that knew her knew was her variation of a smile. Reimu's headed bobbed up and down, as if to approve of the speaker's words.

There was a slight pause as the speaker thought about what to say next. It was important to say the right words, because there wasn't much time to say much else.

"I guess, the next on my list to thank is Lily White."

Lily White still had a speech impediment. The only way for her to talk was still danmaku bullets, but the speaker raised a spellcard to communicate with her while translating for the rest of the audience.

"Lily, the difficulty with the life you've had has been a point of reference for me. I didn't want anyone to live a life as bad as yours any more, and I willed that wish into reality. This award is living proof of that, and I want to thank you."

All Lily could do was nod her head up and down in response, to which the speaker did the same and smiled at her. Lily's tears began to flow, and her crying and subsequent danmaku storm was absorbed by her danmaku cage, which allowed her to be in public without causing too much damage. It was an invention of the late Marisa Kirisame.

"And that leaves two more people. Remilia Scarlet and Reimu Hakurei. I want to address the one here first."

Reimu's look turned back into a scowl, preparing for another thrashing of words about getting in the speaker's way, but was pleasantly surprised to hear the words 'I love you' emanate from the speaker's mouth.

"There's not much else to say, Reimu. I love you, and thank you for the opportunity to love."

The fire in Yukari's eyes caught aflame again, and her outer mask of taking interest came alive as if it had been there the entire time. Ran, to her left, knew however, that Yukari had been vulnerable throughout this entire ceremony until now, and that Yukari was feeling somewhat jealous of the speaker, who had done something she could have achieved, but didn't. Hopefully, Ran thought, this event would cause Yukari to actually start doing things.

"And Remilia Scarlet, my hate for you was one of rivalry. Sure, I hated your guts and wanted to kill you, but in the nicest way possible. It's that hate that kept me living and in search of this award. It's you that I have to thank for keeping me together mentally, and I say begrudgingly, you're welcome."

Sakuya's notepad was filled out with the exact words the speaker had been saying, but this last paragraph wasn't recorded at all. Her tears had come first. Flandre, who was in the audience, attempted to finish the paragraph for Sakuya, but the silver-haired maid shook her head no.

"Last, but not least, I want to thank Go- I mean, Shikieiki, for presenting this award. It's exactly what I imagined when I started on this path to attain it, and you presenting it is something I'll treasure for the rest of my life. Thanks."

As the speaker moved away from the mic, applause erupted from the audience, but Shikieiki rose to the mic and raised her hands to calm them.

"Members of the audience, this woman is an example for the rest of you. If you want to be like her, do the exact thing she did, and you'll be here too, to claim your own award. Thank you."

Shikieiki curtsied, then walked towards Komachi, whispered some words to her, while all the while the applause threatened to break the windows in this building. Komachi nodded, and she went off to prepare. Shikieiki headed back to the speaker, and handed her a blue amulet.

The speaker took it, a genuine smile on her face staring at Shikieiki's own neutral look. It was the last thing the speaker saw. At that moment, Shikieiki secretly signaled to Komachi, and Komachi swung her scythe downward, taking the head clean off.

Also everyone knows Dayousei really wants to murder Remilia in her sleep and devour her eyeballs.
SettingsAppearance [X]