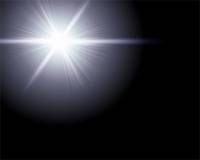 Pain..That is your first thought. Not even "Ow!" or "That hurts" but just the raw awareness of pain.

Soon though the pain picks up traits. Throbbing, pounding pain it becomes, and you become aware of your body that is in pain. The vice like throbbing of your skull, the dull ache of your limbs.

"Uuhhhh" you moan, giving you a new sensation: sound.
Lieing there you gradually try to put together your thoughts. Unfortunately other then vauge thoughts about hookahs, cranberry juice and Narnia, you have no idea where you are or why your head is collapsing under its own gravity.

You struggle and just when you were about to give up..your eyes open.

"Gahh" you choke out, before your eyes slam shut, all you could see were piercing beams of light, but pierce they did, making your headache pulse in new and interesting ways. It feels now as if your eyes are rebelling, trying chew there way back into your skull for daring to use them.

Bad idea! you think as you go back to moaning, "Uuunnggghh"

Okay cant write now, need to do work. (stupid working on the weekend...grr), but I will be calling the votes this evening.

You hear footsteps, a door opening, more footsteps, a heavy thud. Your body tenses, despite the pain, you lunge up and off the bed, opening your eyes, and as soon as you do you remember why you had them shut. Your already foggy vision swims, throwing off your balance. Your stomach rumbles and you can taste a noxious goo at the back of your throat.
Before you know it you’re staring at the former contents of your stomach, the acrid smell wafting up to your nose, your body shaking, trying to expel the last remnants of your meal. ‘Wait, why am I starring at it, and not swimming in?’ you wonder ‘My hair isn’t even getting in it.’
“Girly, the chamber pot is right there, for Christ’s sake.”
‘Oh maybe the arm under your shoulders has something to do with it. Someone is holding your hair.”
“You about done, girly?” the same voice as before asks. Its tone confident even brash.
You nod, you do feel better, your vision is still blurry, and your body aches, but you can move your head with wanting to throw up, or feeling like your eyes are going to declare independence.

The voice’s owner, a girl in black and white clothes, and a huge black hat, helps you back onto your back, and wipes off your mouth with her apron. The rough texture doesn’t feel grate, but you don’t have stomach acid on your face anymore so you cant complain.

“Now you, STAY STILL! I need to clean this up. Understand!?” she doesn’t actually speak that loud but the way she strains her voice makes it sound like shes yelling at the top of her lungs. As she finishes, she looks up at you a confidant grin on her face. She leans down to pull the blankets up, her face only inches from your own. You cant help but stare into her golden eyes, and across her face, drinking it in as if it was a hot cup of chocolate on a cold winter day. You feel a blush come to your cheeks and hope against hope that she doesn’t notice.

And then the moments over. She’s walking out the door and your still in bed.

Part of you just wants to get your head on straight, another part wants to get out of here as fast as you can, and well there’s a tightness in your loins that you wish was just your bladder.

A moment to think
[ ] Know Thyself
[ ] If you know yourself but not the enemy,
for every victory gained you will also suffer a defeat.
[ ] But think of the [write in]

Now’s your chance:
[ ] Your Boxed in!
[ ] Remember Snake, this is a sneaking mission

I think I lied about not doing obfuscated choices, its just too fun.

(Hope fully these are easier, I think I made the last set too hard.
The first choice was who you meet.
> [ ] "As you wish." *wink* (actor)
Kogasa
> [ ] "I Just Shot Marvin In The Face." (cause)
Koishi
> [ ] StabStabStabStab (target)
Alice (I didn’t get the number of stabs right I think)
> [ ] Death ruled accidental (subject)
Marisa
> [ ] "You missed breakfast again," she said. (employer)
Remilia
> [ ] ...was for her like breakfast was to most humans. Necessary. (not subject)
Reimu )
Anonymous  2010/09/12 (Sun) 06:55 No. 122981
A serious word of advice:
You need to fire your editor, or else start using one. The spelling/grammar errors are glaringly obvious, and distressingly frequent. I think it's safe to say we all expect better from someone as apparently familiar with this site as you are.

>NotATrip
Either get one, then, or don't use a name at all. A name alone is not recommended.

As for voting, I'll come back to that later.

Additionally: Keep in mind that while weird choices are fun, they must be guessable by at least part of the general audience (or at least follow a clear theme), or else nobody will know what to vote for, and you will find yourself with a shortage of readers. Don't overdo it