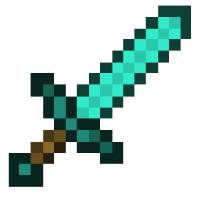 Basically, Reimu punched Brolli so hard he lost his sanity and becomes me.

Based on the episode 18 of Diamond in the Rough by Spaztique.


The first thing I remember after Reimu punched me in the face is the cold wooden floor of her shrine.

“The world does not revolve around you and your needs, Brolli!!!”

“This world has existed for thousands of years without you, and it will continue to exist a thousand more when you are gone.”

On a related note, I wonder what the Moriyas would think about Christianity…maybe I could ask Yukari to drop a Jehova’s Witness in front of their doorstep? That would be hilarious. And a bit bloody. But hey, dead people are funny.

“You are not a hero! You are not even a likable human being! You’re just a bratty foreigner taking a vacation in a realm you don’t belong in!”

Delightful lass, ain’t she? That Reimu, she needs to vent out once in a while. Maybe I’d ask Yukari to gap in a trampoline or a pogo stick. Yeah, she’d enjoy that. Especially now that she can’t fly because of Tenshi’s mist.

“Soon, you will realize just how much everyone hates you, and you will die the same humiliating death of all of the previous and future outsiders.”

As I said, delightful lass, she is.

“And because Gensokyo will always return to the status quo, your death will mean nothing.”

So what? Hitler’s death meant something. Do I want to become Hitler? Eh, maybe. Dude got cool army.

The Queen’s armed forces are still number one, tho.

“You are useless! In fact, you are worse than useless! You caused all of this!”

Alright, that’s it. I can’t take it anymore. Not after I had enough angst to release five Evanescence albums out of my bum.

“Okay Reimu, first…” I raise myself up from the floor, rubbing my head. “…You hit me way too hard. It had been reported that a hard enough hit to the head could cause some serious after effect, including but not limited to; a change in one’s psychological health, behavioral pattern, and overall personality trait.”

When I finally manage to get my legs to stop shaking, I see that Reimu is still looking at me with disdained expression. She reminds me of my grumpy middle school teacher. Only flatter. “…but since you punched me in the first place, I must assume that you don’t really care about my mental well-being, which is why I’m just going to skip to my second argument; Reimu, if you let me, I’m would like to debate some aspects in your statements that I find wholly unfair.”

Reimu pinched the bridge of her nose and shook her head.

“Sheesh, maybe I did punch you a bit too hard…”

Reimu moves her hand from her nose to her head, and waves her other hand at me.

“Fine, talk, whatever. Try to justify your mess. Though I doubt you can.”

“Well, first, you said that I caused all of this…which, all things considered, is true. I caused this mess, me…I…Myself.”

Right after I said that, some strange feeling is fluttering inside me. An out of context, unexplainable sense of pride. I can feel the muscles on my cheeks contract.

“You are smiling.” Reimu stated.

“An entire world is about to go to war because of me, and if the speculation of a certain river floatbags of a shinigami is to be believed, in less than four hours this incident will turns into the biggest incident that all of you will ever experienced, so can you blame me that I feel like the Helen of Troy?”

Which of course, makes me ten times better than the Helen of Troy.

For a moment, we stand in silence, with Reimu looking at me like I’m the dumbest thing in the universe.

I decide to continue my argument without waiting for Reimu to let me.

“But, also as you said, Reimu, the world doesn’t revolve around me. I did not intent for my action to turn Gensokyo into a warzone. I admit, the way I acted might contribute to that, but when you look at it, am I really the only one at fault?”

Maybe, just maybe, I recognize a tinge of guilt in Reimu’s eyes, right before she avert her gaze from me. wonder why?

I realize that I was using Shogi instead of Chess in that analogy. Maybe I am been in Gensokyo for far too long.

“So…” Reimu finally speaks. “What are you going to do now?”

Reimu’s tone is somewhat calmer. Well, still sounds irritated as heck, but at least I don’t think I need to worry about her suddenly brandishing an exploding talisman.

I mulled for a second, thinking of the best way to get my point across. I come up with one on the fifth second.

“Hm…You know Reimu? Just around the time Rumia was freed from her seal, I met a cat. A very, very annoying cat.”

I wait, just to see if Reimu is going to interrupt me, but she doesn’t.

“Now, I asked the cat, why would anyone want to read a story where the protagonist loses? She said that it is called ‘tragedy’, now answer me Reimu…”

I spread my arms wide, and hold my breath, prepared to emphasize my upcoming point.

And then, I explode.

“…WHAT KIND OF MASOCHISTIC JACKASS WANT TO BE THE PROTAGONIST OF A FUCKING TRAGEDY?!! Which, when you look at it, is what Gensokyo has become! Or at best, will become! A fucking tragedy! That is what this fucking is! And it may or may not be my fault! Well, guess what?! it’s most likely fucking is my fault! But now Reimu, right-fucking-now, at this fucking moment, I have two fucking options!”

Reimu is shocked. Her face say that much. But I don’t care. I need something. A plan. An objective.

“Either one; I can renounce my status as the main character…” for some reason, I feel the urge to throw an aside glance at Sakuya. “or two…” I spin on my heel and turn my back on Reimu, now facing the crowd of battle ready so called ‘incident resolvers’ that are standing at her yard, and also to the red mist that symbolize all of my problem at this point.

“…I’m going to beat a happy ending out of this story.”