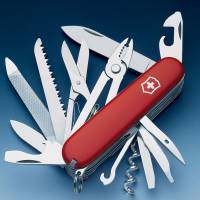 My take on a High School AU. Just an experimental stuff, probably won't be updated for a long time.

First, my parents aren't dead. And I love them.

Second, my distinct lack of a penis clearly separates me from your run of the mill anime protagonist.

Also, you might notice that I think in short sentences.

It helps me calm down.

You see, I'm insane. Like, fucking insane. Not just an OCD or autism, I mean that I'm a full blown psychopathic.

High school and psychopathy. Those two premises alone could make for a pretty decent story. But nooo, those are simply the first twenty percents of this clusterfuck I called ?life?.

My dear childhood friend had been kidnapped by a human trafficking organization.

They were probably thinking about working her in a brothel.

Or maybe they were just thinking about getting some ransom. Her father, as I get it, is pretty rich.

Well, I don't know. In fact, nobody can make sure of what their motives are.

Because they are dead.

Because I killed them.

Of course, I could simply just get my friend out of there and then skedaddle, letting the organization become another man/woman's problem, but killing is just too much fun. Well, for me, at least. For the men I shot in the face? Not so much.

Now, my favorite thing about an organization is that they are organized . That means that they have a clear hierarchy. So it's easy to simply following the chain of command until I've killed every single one of them. Down to the root.

This, apparently, was a bad idea.

It just so happen that the organization I've absolutely murdered was a partner to yet another underground organization dealing exclusively with death, called The Yama.

The Yama starts to send assassins after my head.

I killed them all.

So they started to go after my parents.

To make long story short, I captured one of the assassin and tell her to, and I'm paraphrasing here, cut that shit out.

Finally, I and The Yama come to an agreement. They will stop trying to murder my family if I do one job for them.

And this job, you guess it, involves even more murder. That, and a month crash course on Japanese language.

My friend, that was an exactly 400 and 9 words summary on how I ended up here, at the front gate of Gensokyo Academy in Japan. A prestigious, all girl school for the daughters of aristocrats, politician, nouveau riche and the like.

I check on my wrist watch. I supposed to meet with the undercover agent that The Yama has planted here one year ago, at exactly 7:15 AM. Which means that I would still have about thirty minutes left before our meeting.

I should make sure that I know what her face looks like.

Rummaging inside my bag, I come upon a picture with a note attached. A picture of a woman with a red hair tied in short pigtails. Her stature is a bit mature for a high school student. Heh, no wonder they were so desperate to hire me. Guess high school assassin is in short supply.

Below the picture, the note is saying;

Komachi Onozuka. She will be your handler and partner for this mission.

I rummage through my backpack once more, and come up with two other pictures. My ?marks?.

Well, I did say that it's only one job, but there are two targets for this mission. I supposed to pick one while Komachi would take care of the other one.

One picture depicts a young girl with blue hair (guess that Japan thing) smiling widely at the camera. Basically overflowing with cheers.

Komachi should have their profile files with her. She would brief me about the girls, and then I could choose between the two who I would like to kill. Fucking fantastic.

As I said, I still have thirty minutes before the scheduled meeting. What should I do?

[] Walk around the school. Get to know people.

[] Wait for Komachi at the meeting place.

The title is a reference to a Trope of the same name. Because this CYOA, theoretically, would use that trope a lot. All of the ?servant? type characters, like Sakuya, Iku, Youmu, and the like would either be an assassin, bodyguard, or an undercover agent, and play a major role in the story.
Anonymous  2013/12/08 (Sun) 09:26 No. 57014
[x] Wait for Komachi at the meeting place.
-[x] When she shows up, kill her.
--[x] Then, kill every single person in the school.
---[x] When you're done here, go kill the Yama too.