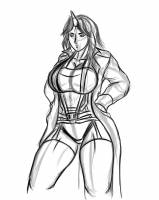 Does THP have it's own Booru for the original art you guys do here?

I'm pretty sure most of the old stuff for some of the CYOA's here can't be accessed by Archive, so I was just wondering.

(BTW, did you draw the picture)

Then again I'm a Linux guy and I'm using the libre icedtea-web plugin instead of oracle's rubbish. Asks for permission but works after I give it the go ahead. It'd probably be better to eventually switch over to html5 in-built canvas but that's unlikely to be something I'd do anytime soon since I've never read the spec and there's more pressing site changes to be done.

As for a draw thread elsewhere? Do one here if you want, not a problem. Maybe other people will contribute too. We don't have a lot of artists so no need to have a booru or whatever, but theoretically that's easy to set up if we ever got a massive influx of artists.


I can't draw anime for shit so it doesnt really matter for me though.