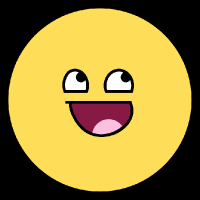 So I had decided to read the Captain Anonymous threads yesterday (slowpoke, etc.) and I liked it a lot.

However, the Sakuya Bad End posted at the end of Thread 2 left me with an overwhelming sense of despair and hatred towards Sakuya, so I took the time to write this alternate version in which the Captain gets revenge against her. Hope you enjoy reading it as much as I did writing it.
Anonymous  2008/05/20 (Tue) 09:30 No. 3113
It was probably after a year she reintroduced you to the navy, her immense pride with you pleased you to no end, she had saved your original crew and ship. Both of which had been reordered to better suit her tastes, while you recognized each one of them you didn't recall them being so quiet and sombre. Apparently you hadn't been the only one she had broken in order to tame… And for some reason, you still cared for their lives.

Seeing your crew, the very people that you considered to be your family, as emotionless shells of what they once were opened something that had been locked away in the back of your mind since Sakuya had broken you. The fact that there is still something left to fight for. The fact that you still hunger for revenge. It had been over a year since you felt this way, but you did not forgive… and you did not forget.

The memory of Marisa’s death had again resurfaced and imprinted itself in your mind. As you looked at your crew for the first time since the day she died, you couldn’t help but feel overwhelmed with despair and sadness. A single tear dropped from your eye as you observed your new, reformed crew standing before you. You had failed them, and this was the result. Sakuya couldn’t see it then and there, but a new flame of rage burned within your eyes, within every inch of your being.

The rest of the night would go on just like any other, or so Sakuya thought. Once she had finished fulfilling her sadistic pleasures with you, she would unchain you from the wall in her private quarters, allowing you to slump to the ground and rest for a minute, only to rise up again, ready to serve her. You would always have that small chance to lash out at her, but you never took it. Perhaps she had become arrogant, thinking that you would never dare to disobey her. But this time is different; you have no intention of serving this bitch that destroyed your life any longer.
Anonymous  2008/05/20 (Tue) 09:31 No. 3114
As you sit there on the ground, you listen to Sakuya’s commands to stand up.

“What’s the matter, tired already? I’m not done with you yet, we’re just getting started.”
She pauses for a second while you stare at the ground. “Are you feeling sad about what your crew has become?” She lets out a small giggle.
“You know, I had a lot of fun breaking them one by one, especially the one named Wriggle.” Your eyes widen as she speaks. “She kept crying about how you would never forget your promise to take her on a date. It was so pathetic.”

As Sakuya spits out that last sentence, you are put you over the edge. Your rage is fueled beyond any limit you ever thought possible.

Looking up at Sakuya, she can now see the searing rage within your eyes.
“You fool, you wouldn’t dare disobey your mistress.”
But she has no time to react. The second she finishes speaking, you have already launched yourself towards her, digging your fist deep into her gut. Sakuya reels backwards, holding her stomach. You seize this opportunity to grasp her neck, and pin her to the ground. Before she can reach for her knives, you use your free hand to hold both of her arms above her head. Gripping tightly, she begins gasping for breath and manages to speak a few raspy words.
“What do you… think you’re doing…”
You’re only reaction is to speak these words: “Just die, you bitch.”

Within a minute, she stops breathing and you stand up to look down on her body lying on the ground. But for some reason, you feel this is not enough. Not enough for the torment she had put you through. Not enough for what she had done to your crew.
Anonymous  2008/05/20 (Tue) 09:32 No. 3115
You leave the room and look around to be sure you’re the only one here. Fortunately, Sakuya doesn’t like to be disturbed while she’s enjoying herself, so guards are rarely posted here. You make your way to Sakuya’s personal trophy room, where she keeps mementos of her many defeated opponents. There, on the wall, lies your harpoon with the flag of the Hakugyokurou Empire still draping from below the head of your weapon. You quickly grab your harpoon and begin to make your way back to Sakuya’s room, but then something else catches your eye. A handgun taken from a far away land that Sakuya had claimed many years ago. You remove the gun from its mount and inspect it. It seems to be a revolver, with 5 chambers in the cylinder. You take the gun and a single bullet from the case below the mount, and then head back to Sakuya’s room.

When you reach the room, you look on the floor to see that Sakuya’s body is gone. Then, raising your head, you see her standing with knives at the ready and looking straight at you. Seems she had only passed out, or was just faking it. But you feel relieved, because now you can kill her again.

“You dare defy your mistress? I will break you again and it will be more painful than you could ever imagine.” Sakuya says with a raspy and damaged voice.
You simply stare at her, waiting for the right moment to rip her to pieces.
“What do you think… you’re going to do?” She says.
“What I should have done the moment I saw you.” Right as you finish your words, you bring yourself face to face with Sakuya in almost an instant and ram your harpoon through her stomach before she can even react.

She gasps in pain as you grip your weapon and jerk it into her stomach over and over until you can clearly see the tip protruding from her back.
With all your might, you swing your weapon to the left, hitting the floor with the tip and ripping open Sakuya’s torso in the process. The contents of her gut begin to spill onto the floor, but you’re not done yet. Spinning around, you bring around your harpoon for another swing. In one clean swipe, you slice what remains of Sakuya’s torso in half. Her legs immediately slump to the ground, while the upper part of her body spins around in the air a few times before falling to the floor in a puddle of her own blood. Looking into her eyes, you can see that, amazingly, she is still alive and conscious. You could easily leave her to die within the minute at this point… but you’re still not done with her.
Anonymous  2008/05/20 (Tue) 09:33 No. 3116
Thrusting your harpoon into the ground, you take out the revolver and place a single bullet into one of the chambers. You give the cylinder a spin before locking it back into place, and pointing the gun at Sakuya’s head. She tries to speak, but nothing but blood comes from her mouth.
You use your thumb to pull back the hammer *click click* and look at Sakuya in the eye.

“This is for what you did to my crew…” You say, as you pull the trigger.

“This is for destroying my life…”

“This is for taking Marisa…”

“This is for killing Marisa in front of me…”


There is only one chamber left. It's amazing that Sakuya has been able to stay conscious this whole time. Any normal person would have passed out due to the unimaginably excruciating pain. What are the chances that this last chamber would be the one with the bullet?
Pulling back the hammer one last time *click click* you point the gun directly at Sakuya’s right eye.

“And this….. is for mocking my promise to Wriggle.”

You pull the trigger. One last time.


And the gun jams.
Anonymous  2008/05/20 (Tue) 09:34 No. 3117
You toss the gun aside and look at Sakuya once again. You can see that, perhaps for the first time in her life, a true expression of fear is plastered onto her face. For every time you pulled the trigger, Sakuya had hoped that the gun would shoot, ending her torment. But that freedom never came.

Clenching your fist, ready to make the final blow, you say one last thing.
“This….. This is for fucking with my family.”
Harboring all of your rage, you bring down your fist onto Sakuya’s face with such force, that her skull shatters upon the impact. It feels like you nearly shattered your hand as well, but it’s still intact. Looking down onto the mess that was once her face, you can see bits of brain and teeth scattered about. Raising your hand into the air, you drop a rose onto Sakuya’s corpse. But this time, the rose is different. This time, it’s a black rose.

Thing is, while I appreciate the imitation it wasn't really a representation of The Captain's character. The fall of Captain Anonymous Rex will result in a twisted self parody, if he had attacked her in the spur of the moment then that would've been alright but because he had preplanned this it should've been more elaborate. More poetic in his retribution, breaking Sakuya's will would've been a more appropriate end instead of killing her.

But I'm flattered by the story non the less, characters have different meaning to different people so it's fun for me to know how you see it.

And what's wrong with the rest of you faggots? Never seen the Overgrown Amused Lemon pic before? It's fucking awesome.
Anonymous  2008/05/21 (Wed) 02:07 No. 3149
>>3127
>Thing is, while I appreciate the imitation it wasn't really a representation of The Captain's character. The fall of Captain Anonymous Rex will result in a twisted self parody, if he had attacked her in the spur of the moment then that would've been alright but because he had preplanned this it should've been more elaborate. More poetic in his retribution, breaking Sakuya's will would've been a more appropriate end instead of killing her.

Captain Anonymous would have her bound in a trellis of roses along the prow, as the ship's new figurehead.

I figured I wouldn't really be writing the same kind of Captain Anon from the threads after all he'd been through in the bad end. I was trying to go for a more demoralized and ruthless personality hence the black rose part I put in.

I also just felt the need to write something in which Sakuya dies horribly for some reason. I was wondering whether I should end it with her skull being crushed or the Captain ripping her heart from her chest and crushing it.
Anonymous  2008/05/24 (Sat) 02:51 No. 3314
>>3127

Well, you could write it yourself. It would be a very welcomed change from all the scat/guro scenes you've done.

Or, you could make that BAD END come true! I wished we had failed at that moment, but you said the dreams could affect reality, did you not? So yeah, maybe not. But I do wish to see Sakuya's return.
SettingsAppearance [X]